Nourish your Asthi dhatu/ bones tissue with sesame seeds (preferred black seed sesame seeds). In the pictured you can see sesame brittle rolls also called Ellunda (Mal). Made out of sesame seeds, dried ginger powder, jaggery syrup, cardamom powder, raisins and Ghee. For you to try after your treatment (this week only 🙂)

About bone/ Asthi dhatu in Ayurveda:

Asthi dhatu denotes the bones and cartilage. ‘Stha’ means to stand, which is a function of the skeletal system.
Asthi or bone is which gives structure and stability to the body it is also protecting the internal organs and is nourishing the nervous tissue. It is derived from earth and wind element.

The upadhatu (secondary) tissue are teeth. This is the reason why often in osteoporosis or other imbalances in the asthi dhatu/ bone tissue the teeth are also weakened.

Have a peaceful Sunday and we wish you a great start to the new week.
With Love your Lakshmi Ayurveda team

PS: We have appointments to see Erica our Ayurvedic nutritionist available ❤️🍃❤️ 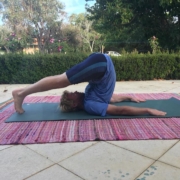 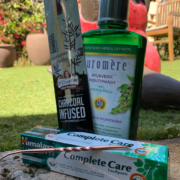 How Well Do You Take Care of Your Teeth? 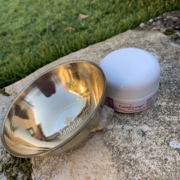 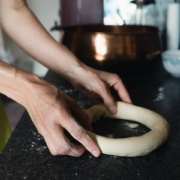 Ayurveda and Exercise - What is the best exercise routine for you?

Benefits of Ghee
Scroll to top