Blog - Latest News
You are here: Home1 / Recent Articles2 / The Concept of Nadi 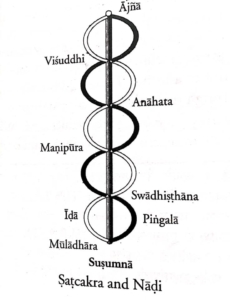 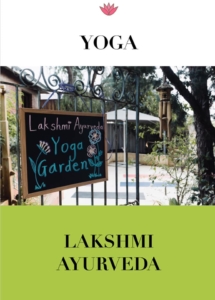 We discussed the Ayurvedic concepts of Srotas the system of channels in the body in one of our last few articles.
A srotas is a passage, path, road or a highway there are thousands of srotamsi (srotamsi is plural for srotas).
Those small srotamsi come together and create a larger channel (srotas) such as the respiratory, cardiovascular, urinary or gastrointestinal tract (this are the physical channels)

Yoga similarly looks upon the subtle body (mind-prana field) as a system of interrelated channels (Nadi).

Nadi is the channel for the flow of prana and consciousness. The literal meaning of Nadi is flow. According to the yogic philosophy there are 72 000 or more subtle channels. These Nadi cover the whole body.

The mind has its own single Nadi or a channel called Chitta Nadi or the channel of consciousness. Ayurveda refers to its physical counterpart as the manovahasrotas.

The manovahasrtoas has its mula sthana in the hridaya/ heart and Chitta Nadi originates from the spiritual heart.
Chitta Nadi moves upwards first to the throat, from which our expression comes out, and then to the head where it gets connected with the senses and external objects.
Then it flows back down from the head to the throat and back to the heart.
This is called the twofold flow of the chitta Nadi.

When the chitta nadi is blocked we get trapped in the outer mind, emotions and senses.
Ayurveda believes that the root cause of disease is desire. This will reduce the sattva guna in the mind and vitiate rajas and tamas. The flow of of prana can be obstructed by various toxins (malas). These toxins can be of physical origin or emotional for example toxins from an incompatible diet (viruddha ahara), impressions, improper lifestyle, wrong relationships, Ego….

Out of the network of Nadi the following three have been mentioned as the most important for controlling the flow of prana and consciousness within all the other Nadi of the body.

The three Nadi are called

Ida, pingala and sushumna nadi begin in muladhara (1st chakra) in the pelvic floor. From there sushumna flows directly upwards with the spinal column, while ida passes to the left and pingala to the right at the svadhisthana (2nd chakra) chakra. There are a few more cross overs of ida and pingala (see picture) before the three Nadi meet in the Ajna chakra (6th chakra/ third eye).

The aim in yogic practice is to direct the prana through the sushumna the central Nadi which promotes the awakening of the 7 cerebrospinal centres (chakras) – the goal of ones practice. Nadi shodhana pranayama is one practice to promote the balance of Ida and Pingala – This is when our consciousness comes back into Sushumna Nadi.

There is another very interesting practice in Yoga which is called Pratyahara (the withdrawal from the sense). This is literally a fasting from sensory impressions. The withholding of the senses is not an easy task. At every moment there is energy produced in the body. As a result the mind is tempted to attach with external objects. Fast and exciting objects have a stimulating effect and calm and soft impressions calm the mental activity.

Yoga is so much more then the practice of Asana /posture, to learn more we welcome you to our Yoga classes at Lakshmi Ayurveda

Friday at 8am (with Yogini Cin) and Saturday at 9.30am with Christiane
Suitable for all levels.

🙂 Watch the space our Yoga Ebook will be released soon 🙂

The ultimate goal of yoga is for every living being to be happy and healthy,
With the ability to see the good in everyone and to be free from the binds of negative afflictions.
Dharma Shastra