Blog
You are here: Home / Blog / Blog / Have you heard of Bilva or Bael fruit before?

This fruits is such a fantastic remedy for the digestive system and heals any weakness in the intestine.

Bilva or its Latin name aegle marmelos is one among of the Dashamoola (group of 10 roots). Dashamoola formula sedates Vata and calms the nerves. It is also used in inflammatory conditions of the uterus.

Synonyms for Bilva are:
1. Bilva – eradicates diseases
2. Shandilya – removes trouble
3. Maloora– increases beauty of the body
4. Sadaphal– having fruit all the seasons

The fresh fruit is more of a laxative it is very heavy to digest and should only be taken in small amounts it can aggravate all the three doshas.
The unripe fruit balances Vata and Kapha dosha.

1. Bilva is used both internally and externally. The fresh juice of its leaves is instilled into the eyes in conjunctivitis.
2. In stomatitis the gargles with the decoction of the bark skin is very beneficial.
3. The sesame oil medicated with Bilva fruit is useful in deafness.

Bilva is also sacred to lord shiva, Durva to Lord Ganesha and Tulsi to Lord Krishna. Bilva is mentioned in all ancient scriptures of Ayurveda as well as in the Rigveda and Yajurveda. The trees are cultivated in the vicinity of Siva temples.

Enjoy a refreshing drink of Bilva infused water at Lakshmi Ayurveda.
We love to welcome you. 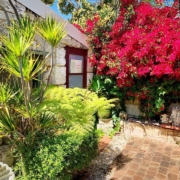 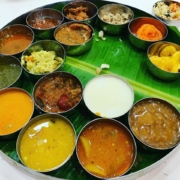 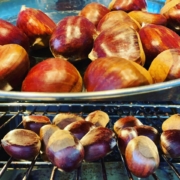 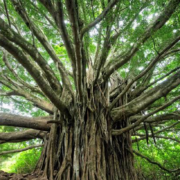 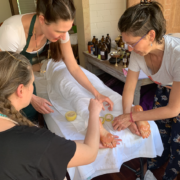 Actions to Avoid Immediately After Eating