We have talked about Rasa, Rakta, Mamsa, Meda and now we are looking at Asthi, Majja and Shukra dhatu. If you have missed the articles just scroll back on our facebook page.

Asthi dhatu denotes the bones and cartilage. Asthi dhatu is derived from medodhatu.

‘Stha’ means to stand, which is a function of the skeletal system.
Asthi or bone is which gives structure and stability to the body it is also protecting the internal organs and is nourishing the nervous tissue. It is derived from earth and wind element.
The upadhatu (secondary) tissue are teeth. This is the reason why often in osteoporosis or other imbalances in the asthi dhatu/ bone tissue the teeth are also weakened.
It’s Karma are dharana (support) and majjapusti (nourishes the bone marrow).

There is also evidently some connection between the nourishment of medas (adipose tissue) and asthi as disease of one often affect the other.
The evidence for a connection between obesity and osteoporosis is strong. This could be explained that excess fatty tissue appears to antagonise the asthidhatvagni leading to a weak supply of transformed nutrition from the circulating rasa dhatu. (See picture)

Herbs which nourish the asthi dhatu are guggulu and shallaki (both are hard resinous herbs).

Charaka mentioned in the Sutra sthana that the treatment fo asthi dhatu should be done with Panchakarma treatment, basti (enema) by using ksheera (milk), sarpi (ghee) and tikta rasa drugs.

Majja dhatus (bone marrow and nerve tissue) is derived from asthi dhatu.
Majja fills the empty space in the body (bone, brain cavity, spine and nerve channels) and it is the tissue that carries nervous electrical impulses. It’s etymological root is ‘maj’ which means to sink, and this sinking quality keeps us grounded. A sara majja (balanced majja dhatu) person is clear thinking, focused and filled with compassion.

Herbs to nourish Majja dhatu are ashwagandha, bala and walnuts are very beneficial.

The seventh Dhatu is Shukra dhatu (reproductive fluids). Shukra dhatu is formed as a snehaamsha (essence) of majja dhatu.
Shukra dhatu oozes out from the inner majja through the finest pores of asthi just as the water leaks out from a new earthen pot and thus the shukra melts just like the ghrita pinda (butter) on heating.

Shukra dhatu does not have any associated tissues (upadhatu) or a specific waste product (mala).
However some Ayurvedic scholars believe that the beard and moustache in male are waste of shukra dhatu and ojas are upadhatu, which is not accepted by all scholars.
Sufficient shukra dhatu is needed to create Ojas (vital essence).

This are the 7 dhatus (bodily tissues) mentioned in the ayurvedic classical text.
We hope you enjoy learning more about the fundamental principles of Ayurveda.
We are holding a workshop on this topic o Saturday 8th of June at Lakshmi Ayurveda.

With love your Lakshmi Ayurveda team 🌿 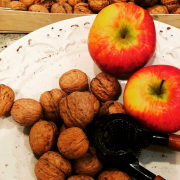 Are you a nut Lover? 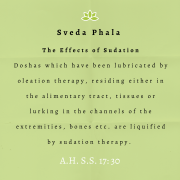 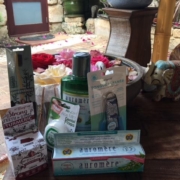 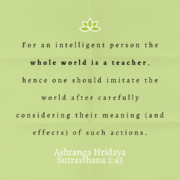 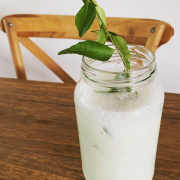 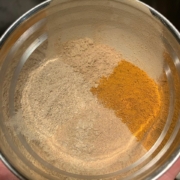 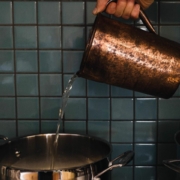 How to Prepare Medicinal Gruel

Ayurveda for Dogs
Scroll to top